This blog post is about the event conducted at Oriental College of Technology, Bhopal, on 3rd October 2015. On 2nd October’s night i couldn’t sleep for the whole night as there was an event on the next day and i was the person who was responsible to take care of everything, i took the banners, ID cards of the club members and all the necessary things and reached the college around 8.45, i met all the club members and ask them to prepare the labs by  installing and testing simulator in firefox (which is needed for app testing) on each computer. I then went to receive the Speaker cum RePs (Mr Rahul Talreja and Mr Vaibhav Bajaj) with Vidit Sharma and Satyadeep on behalf of the Oriental family, at the same time my team was arranging everything needed to be done so as to proceed with the event. The event was started at sharp 11 O’clock by welcoming Mozilla reps Rahul Talreja and Vaibhav Bajaj by a bouquet and lightning of the lamp, also there was a saraswati vandana to make the event more successful. The mic was then handed over to Rahul sir who introduced himself and the whole Mozilla team and appreciated the club for its work. The session started with the introduction of the Mozilla then continued with its products to the other open source projects. Since i need to make all the arrangements i moved out of the hall, and checked the whole arrangements. When i returned back it was almost the end of the session, I asked the Mozilla team to come to take the lunch. When we came out of the hall there was a fabulous Rangoli of the Firefox logo made by Aayushi Saxena and Mitali Kawale, we had a group photograph with all the attendees. Then we proceed to the canteen for the lunch with the Mozilla team and the club members and had a great lunch discussing the future plans of the club.

After the lunch students were asked to gather in the labs, we then went to the labs and distributed ourselves as we had got three labs. The main agenda in the labs was App Development for Firefox OS, we started with Webmaker, and made the students learn about Thimble, X-ray goggles, etc, and made the register themselves on webmaker.org.

The next thing was app development for FxOS, in the 3 labs I, Vaibhav sir, Rahul sir, Vidit, and Satyadeep and all the club members got distributed in the labs to see everything goes well. I, Vaibhav sir and Rahul sir started with the session of App Development in all the three labs respectively, by the help of HTML, CSS and Javascript. Due to shortage of time, we did not provide the students with the time to make their apps, we asked them to try it at home, and if they get any issue with that they may contact us.

Then we told them about the etherpad (real-time notepad) concept. The students anonymous interest when we told the advantages of etherpad.

finally we recruited Firefox Student  Ambassadors by making them signup on fsa.mozilla.org, about 100+ students signup for being the member of firefox student Ambassador. The time was up, we wind up with all the stuff and then i took the RePs to meet the director and then she came out with us and we had a group photograph. Hey all,
This blog post is about our Meetup, held at Oriental College of Technology, Bhopal, India. Me along with my club member Surbhi Girdhani, organised this Meetup in a better way. As per the theme we targeted the Students that were not aware of Mozilla and its mission and and the contribution areas in it and we finally did our best to deliver our knowledge about Mozilla to the attendees. we had students of 2nd and 3rd year CS/IT engineering.  Meetup started at 10:00 AM where me (Aditya Shah) started with introduction to Mozilla Community followed by the WoMoz by Surbhi Girdhani.

We worked hard to get the permission from the HOD Rupali Mam (IT department, OCT) then from the Director Dr. Kavita Burse (Oriental College of Technology, Bhopal). Then we made arrangements like WiFi and other services like projector and all. Since we didn’t had the swags so i asked the local Rep ( Mr. Vaibhav Bajaj) and he provided me with the swags for my event. Also Mr. Rahul Talreja and Mr. Vaibhav Bajaj helped a lot to clear out several things to be told into the meetup and given several links to help us. After the main session we had a question answer session where I cleared every doubts of the attendees and distributed the swags between them. 🙂 Atlast i would like to thank and congratulate my Club Members to handle this event in a better way and hope to organize such events and some more bigger events again and again to promote awareness about Mozilla and other open source Projects. Also we are planning to have a session on HTML App development to build and contribute in making FxOs apps. 🙂

We have recently formed a webmaker Club in Oriental College of Technology, Bhopal

We Have formed a WebMaker Club in Oriental College of Technology, by organizing several Events and maker Party.

We gave introductory workshops to the students of Oriental College of Technology, Bhopal.

What tools and resourses we used :

We made the use of thimble, goggle xray , and popcorn to use webmaker, and also we gave the use of App Maker.

I would thank our speakers Mr. Rahul Talreja , Mr. Vaibhav Bajaj & Mr. Chanadan Baba for their support in the workshops which was awesome.  They are good orator and makes things interesting and interactive, my friends who were present in session were thanking me for organizing the Webmaker session. 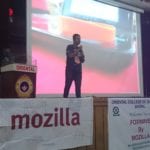 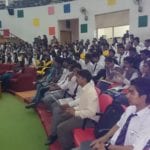 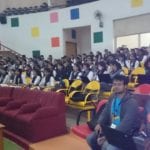 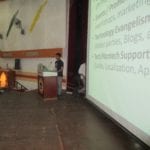 The event #foxwavebhopal was an awesome at Bhopal School of Social Sciences. I just loved it. As it was my first event i got a lot to know about Mozilla and its mission to create the world open, free and innovative. I am happy working as a Firefox student ambassador form my college and i’ll definitely try to contribute to Mozilla’s project  to make the world open and free.

I have got to know about Firefox OS

Firefox is previously known for its browser but its really more than that. The Firefox OS is launched two months ago with exciting new features and has an ability to compete with android.