This blog post is about the Hour of Code conducted in Bhopal during December 7th to 13th, 2015. We organised the session jointly. A group of passionate volunteers (Mozillians and Microsoft Student Partners) of our community. It was all started after my friend’s Robin Koshy’s telephonic conversation with me (Aditya Shah). Where we discussed about organizing the Hour Of Code-2015. Then we moved a step further deciding a place to choose for the session to be conducted . Thereafter I went to few schools in the town to discuss about the same.

I went to some government as well private schools but the response I was getting was not good due to exams, preparation leave and winter vacation  in schools the event was not permitted even after the authority and Principal’s were interested for the session. But somehow Robin managed convince them and at last getting two schools Vikram school, Piplani, Bhopal for the Hour of Code 2015 to be conducted.

Unfortunately at the last moment there was an electric cut so we need to change our plan we had got 3 different classes with the students and green board so we (Aditya shah, Vidit Sharma, Raj Nilayam) devided. As we could not take the students to the labs and let them know about minecraft hour of code (code.org/mc) but we were on a mission to give them computer science education so we delivered the best possible knowledge about computer science and technology also i made them aware about the need of coding and made some basic programs of c++ and java. The session got interactive with the doubts of the students over there. At last i declared the time as a doubt session where they asked me about websites like how to develop and host websites, about cyber security (i told them about how they can make their online identity more secure), one i remember he asked me how can i hack a facebook account i replied him if you can hack/access a single account how long will it take to takeover whole Facebook (with practical explanation). 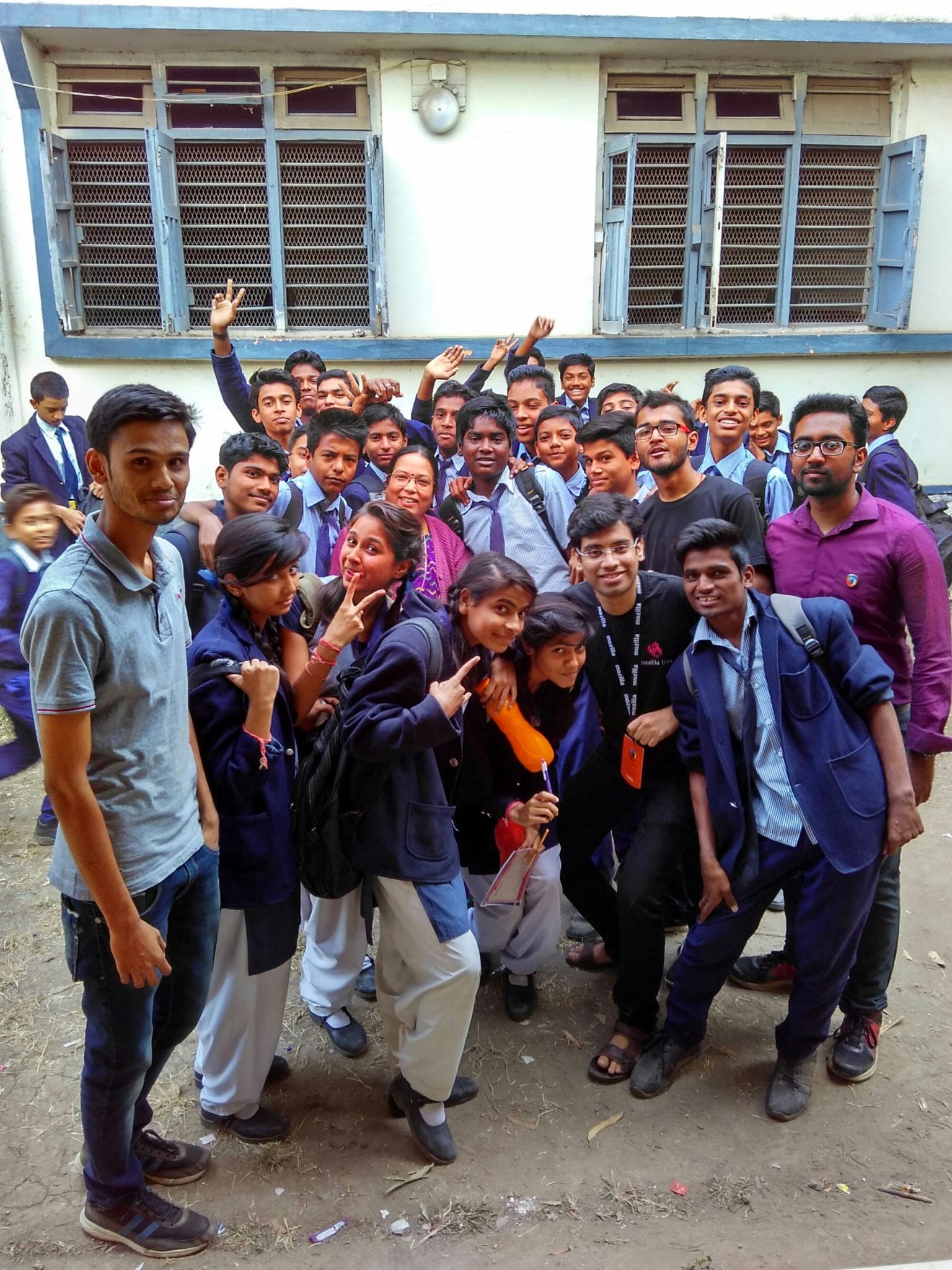